A Guide To Electric Fireplaces 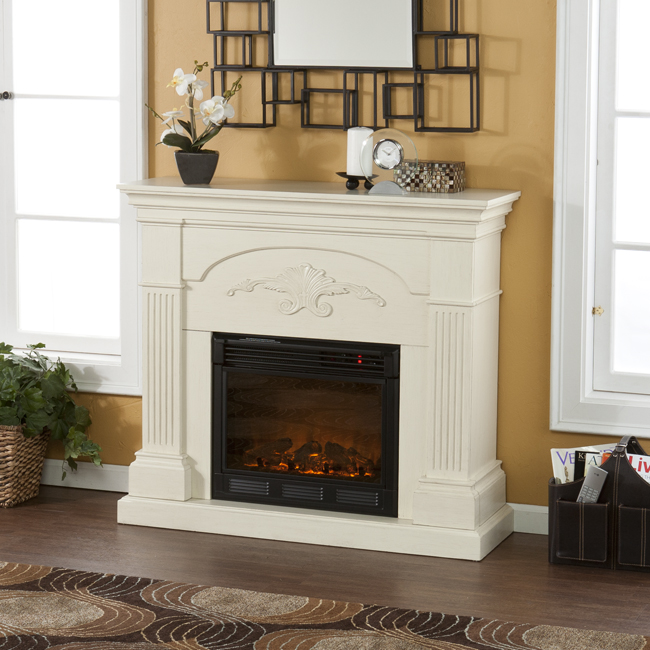 Though they’re a more recent innovation than gas or wood-burning fireplaces, electric fireplaces are quickly catching on with homeowners who want the beauty and energy efficiency of traditional fireplaces but without the limitations those other models often carry.

One of the great advantages shared by virtually all electric fireplaces involves price. Generally speaking, they cost much less to install and operate than wood-burning or gas log fireplaces while needing very little maintenance and upkeep. Beyond cost, buyers will also find themselves enticed with a host of attractive features.

A Fireplace In Every Room

Electric fireplaces are self-contained and require no venting because, like space heaters, they produce no smoke or debris. Because they do not rely on smokestacks, chimneys, or pipes to draw their exhaust away from their setting, they’re often used in rooms where chimneys or venting pipes wouldn’t be possible – basements, upstairs bathrooms and bedrooms, and game rooms.

Electric fireplaces are also often used in place of traditional fireplaces and where fireplaces are no longer operational. These models, considered fireplace inserts, rest inside the fireboxes of chimneys whose flues are obstructed and demolished, restoring the beauty of the fireplace without needing the fireplace’s exhaust system.

Some model electric fireplaces combine a fireplace unit with another furniture amenity or convenience: for example, a fireplace built into an entertainment center or bookcase. Other models are compact enough to hang from a wall. Still others are built on rollers, and can be taken from room to room throughout the home. A product with a vast selection, there are actually dozens of different models available from several manufacturers.

The electric fireplace isn’t a very recent innovation, but advances of the last few years have made them more cost-effective and realistic than ever before. The first electric fireplaces appeared in the early 1980s, but it wasn’t until late in the following decade that models with truly realistic flame effects became available.

Today, many electric fireplaces combine LED light technology with electronic controls to produce “flames” that are practically indistinguishable from actual fire. Much like the lights of an automobile, these LED (or light-emitting diode) lights can be very finely-tuned while remaining long-lasting and energy efficient. Such sophistication presents a variety of options for the electric fireplace user.

Electronic controls – standard on many electric fireplace models – bring two big advantages over most wood-burning and gas fireplaces. Because the electric fireplace is electronically controlled, owners can enjoy a greater degree of precision in selecting its warming output. Some models feature digital thermostats that allow choosing the exact degree of heat that’s desired. Users can also select the brightness of the flames or turn the flames off and let the fireplace function much as a space heater.

Another great advantage: electric fireplaces are as simple to turn on and off as any appliance. In fact, many come with remote controls for additional convenience and comfort.

Compared to wood-burning and gas models, electric fireplaces are virtually maintenance free. They require no cleaning beyond the normal housekeeping given to other furniture. And because they do not use actual flames, there is no ash, soot, or char residue left to clean and remove. For this reason, electric fireplaces make ideal home heating alternatives for the elderly, persons with respiratory problems, and for those wishing to avoid costly and time-consuming chimney and flue upkeep and repair.

A Range of Styles and Decoration Options 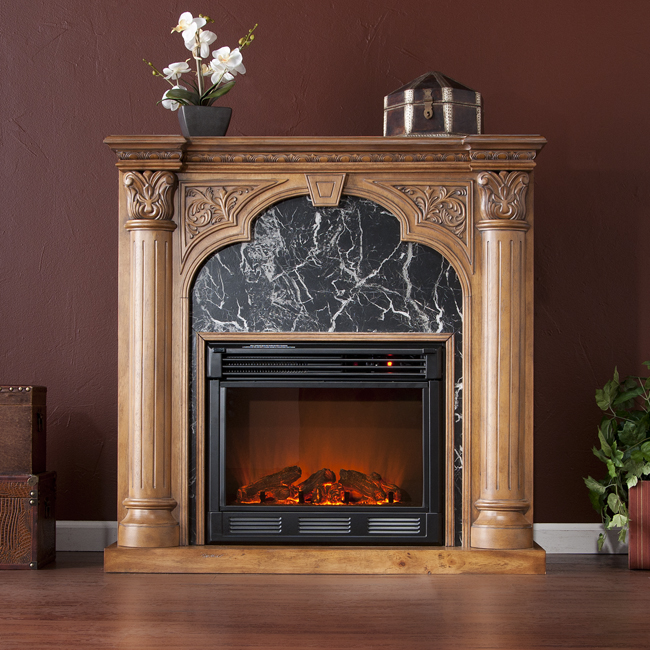 Modern electric fireplaces run the gamut of style and decoration motifs, from the ultra-modern to a range of traditional and classical styles. Some models come with reinforced mantels, making them ideal pedestals for wide-screen televisions. Some also feature real wood, metal, and ceramic mantels that boast top-of-the-line artistry and craftsmanship.

When choosing an electric fireplace model, consider the decor of the fireplace as well as the space limitations or potential within the room(s.) Fireplace dimensions are found on product pages and inside instruction manuals, as are power requirements.

Though providing more in the way of beauty than space heaters, electric fireplaces are nonetheless more expensive. And while their vent-free operation allows them a greater degree of mobility than wood-burning or gas fireplaces, they still rely on electrical power – usually a three-pronged, 110-volt wall outlet (similar to a television screen.)

In general, electric fireplaces are not weather-proof, and should never be used outdoors. As with any electrical appliance, it’s vital to follow all safety precautions and to use qualified and/or licensed personnel for all maintenance and repair.